If you’re looking for outstanding dental care for your whole family, you’ve found it at Searcy Family Dental. Thanks to our talented team and modern technology like 3-D imaging, you’ll experience the latest treatments. We even have our own in-house lab! With affordable services and a dental discount plan, you’ll also receive great value. You’ll appreciate:

Schedule Your Appointment With Your New Dentist Today!

Bible Verse of the Day

For God so loved the world that he gave his one and only Son, that whoever believes in him shall not perish but have eternal life.
John 3:16 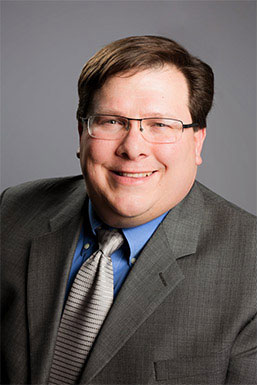 Dr. Joseph Barker graduated from Arkansas State University in 1992 with a Bachelor of Science degree, then received his Doctor of Dental Surgery degree from Louisiana State University in 1996. After graduation, he worked as an associate dentist for eight years in his hometown of Newport, AR and at his own practice in Brinkley for 11 years before selling it. In 2016, he opened Searcy Family Dental.

Dr. Barker enjoys serving others through his work. Given this, it’s not surprising he has received awards like the New Dentist of the Year for Arkansas in 2006. He lives in Newport with his wife, Lori, and their son, Tyler. A member of the First Baptist Church, he enjoys mission work and helping those in need. He also enjoys spending time with his family and their Labrador retrievers.

Whether you need a dental cleaning or a dental implant procedure, you’ll find the care you need at Searcy Family Dental.

Nothing is like your natural teeth – but dental implants are as close as you can get. Schedule a consultation today to see how we can replace your missing teeth with implants. Learn More

Get same-day care for your dental emergency. We save blocks of time for handling emergencies and use restorative care to solve your problem. Call us right away if you need emergency care. Learn More

Visit our office to see the difference an in-house dental lab makes. With no middleman and on-site quality control, you’ll get beautiful custom dentures. We offer denture repair too. Learn More

We’ve done all we can to ensure your family’s care is convenient and comfortable. No matter how busy you are, it’s easy to schedule appointments with our early and late hours. We can even see several family members during the same day, in many cases. Because of our wide range of dental services, the solution to your dental problem is usually right here in our office. We make custom dentures in our own dental lab, so you won’t have to wait as long to enjoy a brand-new smile. No worries if you don’t have dental insurance; it’s easy to pay for preventive care and other services with our Dental Healthcare Club. To give your family the outstanding care they deserve for life, call us at 501-203-0120 today. We also serve Newport and other nearby communities.

Visit Searcy Family Dental at our office near Harding University. Your entire family will love our caring approach, warm blankets, and beverage station. Plus, we have convenient, family-friendly hours with appointments available before or after school/work. See us soon!